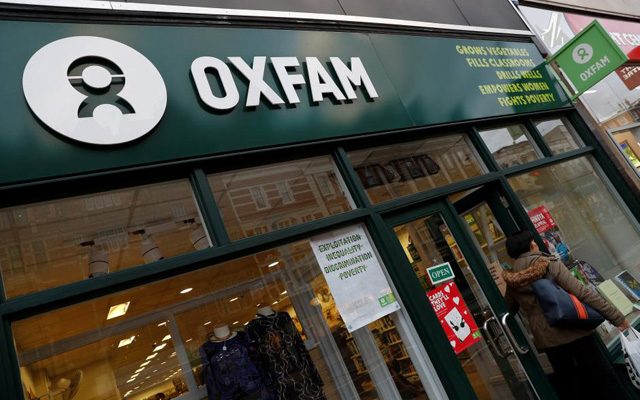 The deputy head of Oxfam resigned on Monday over what she said was the British charity's failure to adequately respond to past allegations of sexual misconduct by some of its staff in Haiti and Chad.

One of the best-known international NGOs, with aid programmes running across the globe, Oxfam was under threat of losing its British government funding over sexual misconduct allegations first reported by the Times newspaper last week.

The scandal was fast escalating into a broader crisis for Britain's aid sector by bolstering critics in the ruling Conservative Party who have argued that the government should reduce spending on aid in favour of domestic priorities.

Aid minister Penny Mordaunt, who threatened on Sunday to withdraw government funding from Oxfam unless it gave the full facts about events in Haiti, summoned senior managers from the charity to a meeting on Monday. "Oxfam made a full and unqualified apology – to me, and to the people of Britain and Haiti - for the appalling behaviour of some of their staff in Haiti in 2011, and for the wider failings of their organisation's response to it," Mordaunt said after meeting Oxfam's chief executive, Mark Goldring.

"I told Oxfam they must now demonstrate the moral leadership necessary to address this scandal, rebuild the trust of the British public, their staff and the people they aim to help, and deliver progress on these assurances," she added in a statement.

The statement did not address the question of funding. There was no immediate comment from Oxfam.

The Times newspaper reported on Friday that some staff who were in Haiti after the 2010 earthquake there had paid for sex with prostitutes. Oxfam has neither confirmed nor denied that specific allegation but has said an internal investigation in 2011 had confirmed sexual misconduct had occurred.

Reuters could not independently verify the allegation.

Announcing her resignation on Monday, Deputy Chief Executive Penny Lawrence said Oxfam had become aware over the past few days that concerns were raised about the behaviour of staff in Chad as well as Haiti that the organisation failed to adequately act upon.

"It is now clear that these allegations - involving the use of prostitutes and which related to behaviour of both the country director and members of his team in Chad - were raised before he moved to Haiti," she said.

"As programme director at the time, I am ashamed that this happened on my watch and I take full responsibility."

Oxfam has said that as a result of its internal investigation in 2011, four people were dismissed, and three others - including the Haiti country director who had previously held the same role in Chad - had resigned.

Reuters was unable to reach any of the Oxfam staff who worked in Haiti at the time.

In its last financial year Oxfam received 32 million pounds ($44 million) from Britain's aid ministry, about 8 percent of its overall income. Whether or not it loses that funding, private donations could be hit by the bad publicity.

Founded in 1942, Oxfam is one of Britain's best-known charities. Its 650 shops selling second hand clothes and books to raise funds are a familiar sight on the high street.

For a sex scandal to hit such a high-profile brand, it risks affecting the wider British charity sector.

Britain is one of only six nations to hit the UN target of spending 0.7 percent of gross national income on aid - about 13 billion pounds a year - but there have been increasingly vitriolic attacks on that spending in recent years.

Meeting the UN target was a policy championed by former Conservative Prime Minister David Cameron as part of his efforts to re-brand his party as more compassionate. But with Cameron gone after campaigning on the losing side in the 2016 Brexit referendum, the political climate on aid has changed.

Priti Patel, an aid critic despite being Mordaunt's predecessor as international development minister, said the Haiti incidents were just "the tip of the iceberg" and there was a "culture of denial" in the sector.

Jacob Rees-Mogg, a prominent right-wing Conservative lawmaker, delivered to May's office on Friday a petition by readers of the Daily Express newspaper complaining that the aid budget was not well spent and should be cut.