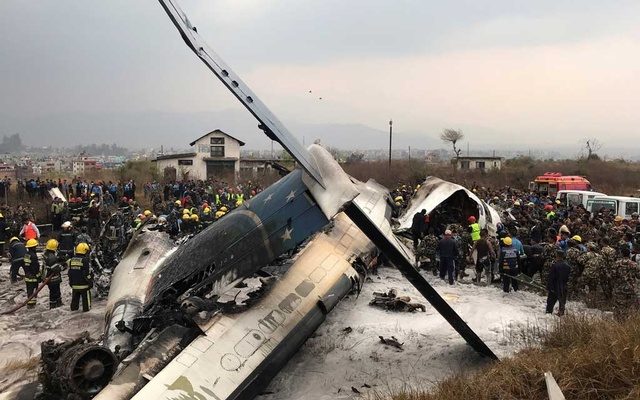 State-owned general insurance company Sadharan Bima Corporation says it will initially pay $4.2 million or Tk 346 million in compensation for the ill-fated US-Bangla plane that crashed in Nepal more than two weeks ago.

“The fund will be paid as an instant relief so that they can tackle the situation for the time being. We’ve arranged the fund directly from the insurers to pay the compensation.”

Ahsan also pledged that more compensation will be paid in phases.

Earlier, Sadharan Bima said the families of the dead will get $200,000 each and US-Bangla Airlines may get $7 million in compensations.

The Bombardier plane operated by US-Bangla crashed in Kathmandu with 71 passengers on board. Fifty people, including four crew members, died. Among the Bangladeshis, the death toll climbed to 27, with the latest casualty reported on Monday. Immediately after Bangladesh’s worst aviation disaster, compensation to the victims’ families came into the discussion.

After the plane crash, Civil Aviation Authority Chairman M Nayeem Hasan said: “Generally, there are two kinds of insurance. One is for planes and the other is for passengers.”

US-Bangla spokesman Kamrul Islam told, they had informed insurers about the incident. "They have started working on the issue," he said.