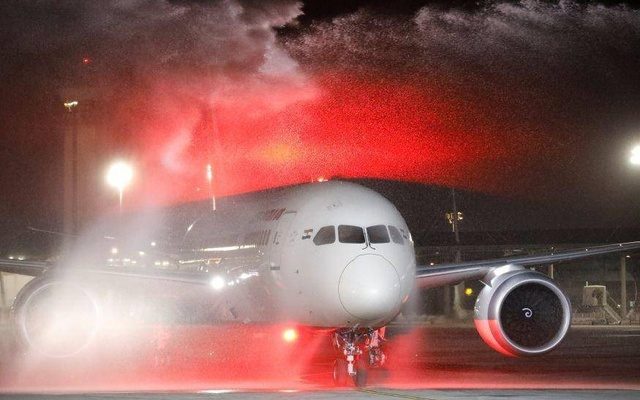 As Saudi Arabia opened its airspace for the first time to a commercial flight to Israel, El Al will take its own fight for access to Saudi airspace to the Supreme Court in Israel, officials said on Friday.

The historic Air India flight on Thursday ended a 70-year flyover ban for jetliners en route to or from Israel, in what many have taken to be a sign of thawing ties between Israel and Saudi. Granting an Israeli airline access to its air space would, however, mark a dramatic diplomatic shift.

Saudi Arabia does not recognise Israel and flag carrier El Al must take a more circuitous path to avoid Saudi Arabia, which can add hours to flight times.

It has also accused its own government, which approved Air India's new route, of putting it at a disadvantage.

"Such approval, which was granted by the state of Israel, gives a significant and unfair advantage to a foreign airline and is contrary to any principle of reciprocity in the world of international aviation," the company said in a statement.

The court appeal will come early next week, according to one source familiar with the matter. A spokeswoman for El Al confirmed the company intends to bring its complaint to the Supreme Court, but would not give any further details.

Israel's Tourism Minister on Thursday called the maiden Air India flight a diplomatic achievement and said he has been in negotiations to open similar flights with Singapore Airlines and a carrier from the Philippines, which he did not name.

Singapore Airlines told Reuters it is not currently considering services to Israel.

A spokesperson for Philippine Airlines said the company was not in any talks to launch a flight.

"We are studying it, but not in the near future," the spokesperson said.